YOU ARE NEVER TOO OLD TO FULFILL YOUR DREAMS 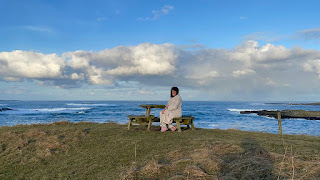 I just burst into tears as I looked out over the sea. I had dreamt of this moment for years and for one reason or another my life got in the way and I did not get to realise my dream until today. At the age of 62 I was finally on the Island of Barra in the Outer Hebrides. I was camped up in my motorhome on the edge of the Atlantic. Listening to the roar of the ocean and seeing the fluffy white clouds dotted around in the bright winter blue sky just added to the excitement of the moment.  I had arrived in the pitch dark the night before. I did not have a clue what would confront me when I opened my motorhome door the following morning. This just far exceeded my expectations. Dreams really do come true and I was excited about what more was to come. I was going to spend the next month exploring the Islands on the West Coast of Scotland.  Margaret Mary and her husband Douglas, who own the site, gave me a very warm welcome and warned me that the high winds were coming and it would be best i
Post a Comment
Read more

GETTING BOGGED DOWN DID NOT STOP MY ADVENTURE 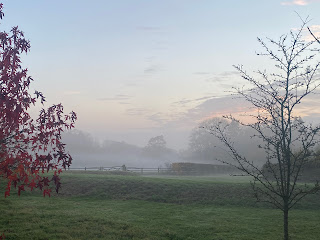 I drove onto the farm in Dorset and it was so nice to be back. I had spent five weeks volunteering in the spring and loved it so much. I was looking forward to catching up with Jan, the owner.   Being so excited about arriving I did not pay enough attention to the ground below me and when I pulled up on the grass I immediately got stuck. I tried everything to move the motorhome but it would not budge.  I have been so lucky because this is only the second time that I have found myself stuck in the grass since I set off nearly two and a half years ago. This time I knew not to panic because I knew that we would work out a solution. Thankfully that solution was close at hand because Jan has a massive tractor and between the two of us we managed to tow it off the grass verge and move it to a better position.  I set up home and looked forward to working on the farm again. Jan only expected me to do a few hours a day and she is very flexible, so there was no pressure. I love the physical exer
5 comments
Read more

MY VAN LIFE ADVENTURE IS MY TICKET TO POSITIVE AGEING 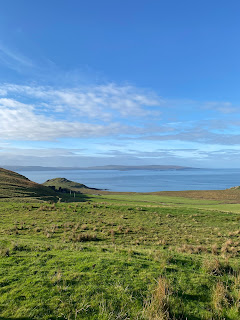 After I dropped my sister-in-law off at the station in Oban so she could catch the train back to Leeds, I travelled up to the Isle of Skye and had the most amazing time on my own for a few weeks exploring the beautiful island. I drove for miles, around every corner the views took my breath away. It was exactly as I had envisaged during the years I was planning my adventures.   I was lucky that the roads were not too busy because the hoards of tourists had been and gone. Saying that there were quite a few campervans parked up in remote locations. For me that is just one step too far. I prefer to be on a site where I feel safe. I usually plump for the smaller more remote sites so I still get a feeling of being away from the crowds. The weather was so unpredictable, raining very hard one minute, then bright blue skies and sunshine the next. Which also meant that I was treated to the most spectacular rainbows? One rainbow in particular that made me stop and wonder at the beauty of it, was
2 comments
Read more
More posts

Shuvon_shuvoff (what could possibly go wrong? )